THE FIRST 20 YEARS OF IMMERGAS POLSKA 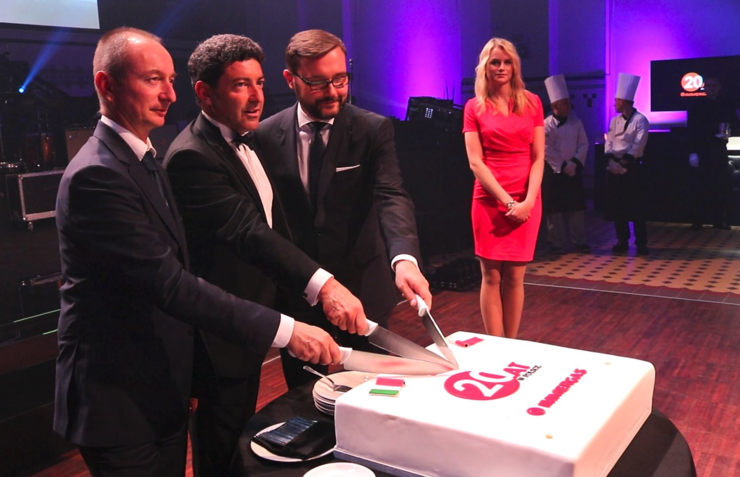 Immergas Polska was the first foreign branch opened by Immerfin group (today there are 10 around the world).

During an event held in Lodz, Poland, Vice President Alfredo Amadei reiterated the company's intention to keep growing with new products and services.

Brescello, 25 May 2016 - Immergas celebrated the 20th anniversary from the foundation of their Lodz plant, the first foreign branch of the Immerfin group (today there are ten).

In Lodz (130 km from Warsaw), Alfredo Amadei Vice President of Immergas and President of Immergas Polska announced their growth plans during a meeting that brought around 250 clients from all over Poland to the electric power plant of Hala Maszyn, a location that has been transformed into a convention centre.

«In 1996, the idea of facing the East European market was quite a challenge for Immergas - commented Alfredo Amadei - it was the start of a process of commercial and manufacturing internationalization, which has led to our company's presence in 43 countries». The birth of Immergas Polska was brought about by three 25-year-olds, Alfredo Amadei, Witold Ludwiczak and Marek Kabza, who travelled thousands of miles to introduce Italian domestic heaters all over Poland.

«The branch started in a 50 square metre office with two people - recalls Alfredo Amadei - today our Poland headquarters is structured with all the pre and after-sale services as well as a 5,000 square metre warehouse, which we have just bought. We employ around fifty people and the revenues of Immergas Polska Sp. z.o.o are nearing the 20 million Euro mark, with profitability margins high enough to sustain the investment plans started in Poland. Immergas Polska has gained a stable position amongst the three strongest foreign markets for Immergas. And there is still a lot of potential for growth, considering the positive trends in Poland and the new regulations that favour home heating solutions geared to sustainability and energy savings».

The event dedicated to the 20th anniversary from the foundation of Immergas Polska was attended by Alfredo Amadei, Immergas Vice President and Immergas Polska President, Massimo Maini, Foreign Investment Director, Ettore Bergamaschi, Operational Marketing & Communication Director and Maciej Czop Immergas Polska Managing Director along with the numerous distributors and installers who guarantee the strong presence of the Polish branch and an outstanding 13% market share.

The expansion formula chosen for Immergas Polska, the market leader in Poland in the segment of traditional wall-hung boilers since 2011, is the same that gave Immergas leadership in condensation boilers in Italy: «we have focused our efforts on service - explains Massimo Maini - with 500 Authorized Service Centres spread all over the country and around 1000 installers and distributors. Today we can say that the evolution from boiler to integrated system will be the guideline for the coming years».

«The strong link between Immergas Polska and the parent company in Brescello - concludes Ettore Bergamaschi - shows up in the great similarity in terms of image and brand perception which Immergas has consolidated in Polonia: we run training courses and other initiatives based on a spirit of company-client partnership, a model that Immergas has successfully experimented in Italy with the Caius Professional Club».

«In Poland we feel at home - Alfredo Amadei said during the official event - and we will keep putting in the same effort as we did on the first day, so that we can meet the increasing demands of the Polish market, thanks also to our recent upgrade of the Poprad plant in Slovakia (Immergas Europe). We were the first company to introduce condensation boilers in Poland and we are working on the new integrated systems. Today we can say that the results of the challenge taken up twenty years ago have definitely exceeded our expectations».

The 20th anniversary event was also attended by Maciej Formański, Director of Lodz Council Engineering Department, who represented the Municipality of Lodz. 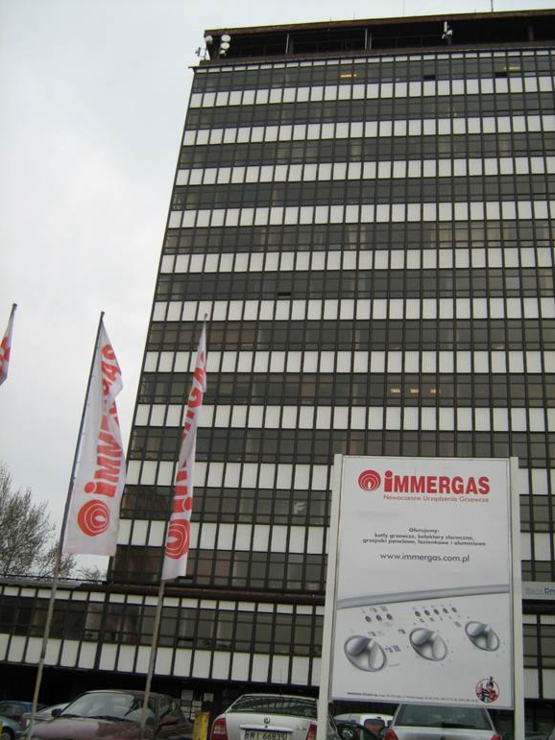 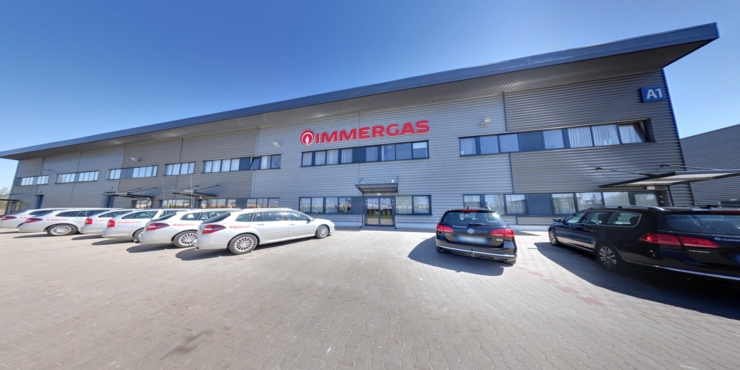