It is fully operating the new photovoltaic roof on Brescello's plant. Along with the one inaugurated in September 2011, it cuts consumption by 50%.

Lentigione di Brescello July 17th, 2012 - IMMERGAS doubles to reach new sustainability objectives: "We are working to the most advanced solutions, as the Integrated System, to create the best home climate all over the world with maximum performance and efficiency – explains Immergas Vice-president Alfredo Amadei – but we believe it is also important to make our production plants more and more compatible with the most advanced standards of environmental sustainability. One year ago we inaugurated our first photovoltaic system covering the 35% of our needs on the roof of our main production plant in Lentigione di Brescello. Today, there is a further commitment: we have installed and it is fully operating the photovoltaic roof on plant No. 2 in Lentigione di Brescello. With this further investment we can satisfy the 50% of our consumptions. And this is not all. We have definitely "green" projects to 2020 both for our products (gas boilers, heat pumps, solar and photovoltaic panels) and for our production units in Italy and abroad. This system was realized by ImmerEnergy, the division created by Immergas in 2010 for high power photovoltaic systems, proving that our photovoltaic know how is growing to guarantee the same reliability that Immergas has been guaranteeing since half a century".

The first system inaugurated in September 2011 has fully proved with its power of 1 megawatt that any Italian company can really give a "green signal". The second system, operating since a few weeks, has a power of almost 380 kWp. "It is made of 1,780 panels covering a surface of 2,576 sq. meters of roof – explains Alessandro Carra ImmerEnergy Managing Director – it can produce about 428,000 kWh per year. The continuous development of the photovoltaic technologies and the specialization of ImmerEnergy team has lead to demonstrate that this kind of systems pay back in 5 years. It is a short time. It is the result of using most of the energy produced for the industrial activities. In terms of environment, Immergas new photovoltaic roof will reduce C02 emissions in atmosphere of 181,000 kilograms. These are concrete facts which confirm that Immergas strategy is constantly projected towards the future. At the moment the systems made by ImmerEnergy amount to an installed overall power of 5,300 kWp".

This system is also equipped with a real time performance remote control (instantaneous production, modules performance, etc.) which can be visualized on your computer or laptop (Ipad and smartphone too). 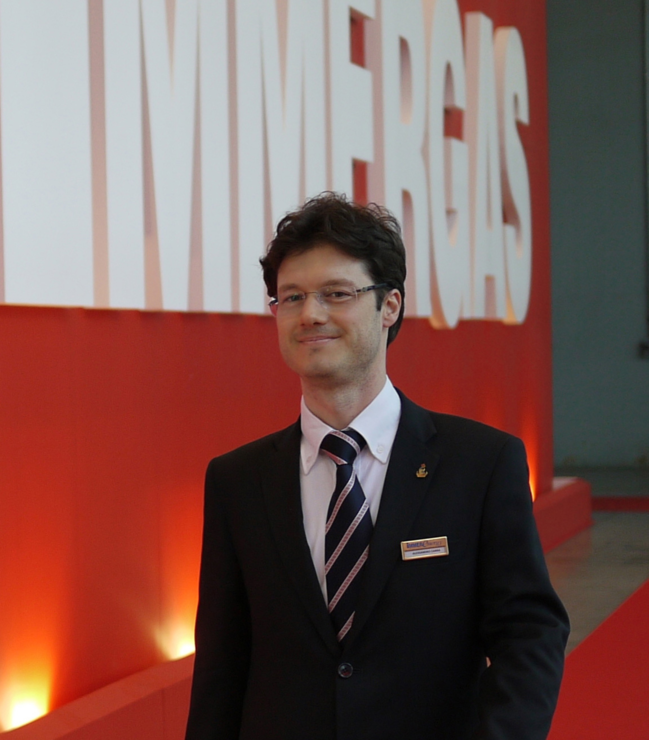