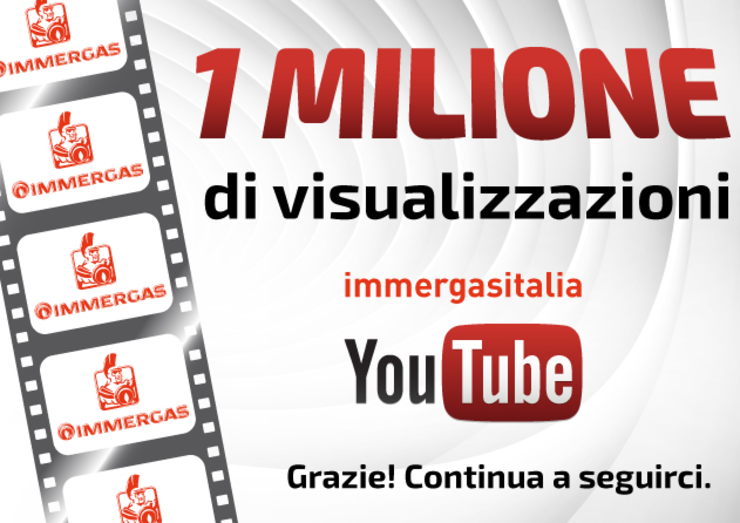 The official channel of the company from Brescello has been active since 2011 and already contains 186 videos. Communication via social media grows and addresses all potential users at 360°: from end customers to installers with an increasing attention also for international markets.

Brescello 10 December 2018 - One hundred thousand views on the Immergas Italia channel in November 2015, 1 million in December 2018.

An exponential growth that adds to a strong communication activity on social media that Immergas implements every day with continuous updates.

The official Immergas Italia channel has been active on YouTube since 31 August 2011 when the strategic value of communication through videos was not as evident as it is now.

«The video, statistic data confirm, is an increasingly more relevant element in B2B and B2C buying processes – explains Ettore Bergamaschi, Immergas Operating Marketing and Communication Director – 90% of users state that videos are useful in the buying process. These data will be the basis for our future choices».

With more than 1.9 billion users that access every month and 1 billion hours viewed every day, YouTube continues growing not only worldwide, but also in Italy.

One million views is an important signal: «We have been investing for seven years to improve our dialogue with the market in general – explains Ettore Bergamaschi – with the video channel we speak with customers, suppliers, installers and designers, but also with the institutions of the areas where Immergas operates in Italy and abroad.  A commitment to provide updated contents that is rewarded also because it promotes our innovative services as was the case of Formula Comfort Extra and, more recently, of the mini-series videos of Mr. Cat».