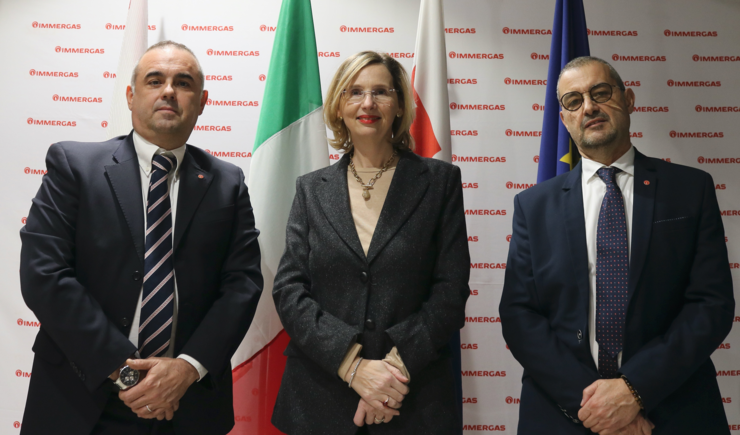 Immergas Europe has won the award for Best Italian Company in Slovakia 2022.Over the course of fourteen years, revenue has increased from 5.8 to 68 million Euro, headcount has grown from 45 to 130 and the company plans to invest to improve sustainability and production capacity for new HVAC systems. Yesterday the Italian Ambassador to Slovakia Catherine Flumiani visited the headquarters of Immergas Europe.

Brescello 1st December 2022– In 2006, a winning intuition pictured a new production site on a meadow on the outskirts of Poprad, Slovakia, at the foot of the High Tatras, to propel the international development of Immergas. Today Immergas Europe plays an important role in the vision that Immerfin group has for the coming years, as confirmed by the chairperson of Immergas Alfred Amadei:  «total investment since Immergas Europe was ‘green field’ amounts to 15 million Euro; this has made it possible to develop our industrial site over an area that has grown from 6,800 sqm in 2008 to over 15,000 sqm today.  In the same area, an additional expansion is currently in the advanced evaluation phase, with the construction of new production spaces; important developments aimed at improving energy sustainability.  Plans have been made for the installation of a large photovoltaic system to serve all of the firms in the industrial hub of Poprad. The investment will be made by PPP Sro, a company of which Immergas is a shareholder».

Catherine Flumiani, Italian Ambassador in Bratislava, to announce the new development line that will be further geared towards innovation and sustainability in condensing boilers and HVAC systems, which have been produced by Immergas Europe since 2008.

This progress was highlighted in June, during the celebrations for the 25th anniversary of the foundation of the Italian-Slovak Chamber of Commerce (200 companies-strong). Immergas Europe was awarded “Best Italian Company in Slovakia 2022”.  The chairperson of Immergas Alfredo Amadei was handed the CAMIT Award.  This was the reason for the award: “For the approach and dedication of the management team, focused on innovation and social responsibility as competitive advantages: goals pursued with professionalism, determination and with care towards the local community”.  In his greeting message to the Italian Ambassador in Slovakia marking their visit in Poprad, Alfredo Amadei wrote: “we are proud of the results achieved so far and of the partnership developed with Slovak authorities.  The friendly relationships we have built are the solid base for new growth plans”.

«From this year, the Immergas Europe plant, which in its initial stages was focused on the assembly and testing of conventional monothermal and bi-thermal boilers, and later on condensing boilers» – commented General Manager of Immergas Europe Pasquale Berardinetti - «now features two lines for the production of copper and steel pipes.  This is the first step towards the industrial verticalization that has distinguished the growth of the parent company Immergas and that now will be instrumental to the further growth of Immergas Europe».

Ten years ago (26th October 2012) Roberto Martini, the then Italian Ambassador, visited the Immergas Europe factory. In September 2016, the then President of the Republic of Slovakia Andrej Kiska inaugurated the expansion of the production lines.  Catherine Flumiani, after many international postings, has led the Italian Embassy in Slovakia since May 2021.

During her visit at the Immergas Europe factory, synergies among European players have been at the centre of the Ambassador’s considerations:  «the scenarios we are facing demand a new approach, they demand a great partnership between countries that share common values.  Italian businesses can have a role of great importance in this process and companies like Immergas Europe, that has managed to take root in Slovakia, will be called to an increasingly active role».

«The choice Immergas faces is clear» - says Ettore Bergamaschi, Operative Marketing and Communications Director at Immergas Italia - «taking Made in Italy to the whole world to bring more comfort and opportunities for saving energy and creating the ideal climate in homes».

The first ever Immergas boiler left the factory in Slovakia in May 2008 and since then the trend has grown constantly:  26,900 boilers in the first year, over 139,000 in 2017 reaching 180,000 this year, thanks to the expansion from one to five production lines. The Immergas Europe factory, inaugurated in Poprad on 9th September 2008, employed originally 45 workers, increasing to 84 in 2017 and currently standing at 130.

Immergas Europe, founded on 19th October 2006, started with revenues at €5.8 million, growing to €41 million in 2017 and forecast to exceed €68 million this year.  Only a fraction of the Poprad factory output is sold in Slovakia (around 5%), the rest being exported mainly to Romania and China but also to Algeria, Russia, Poland, Hungary, the United Kingdom, Greece, Estonia and Czechia. 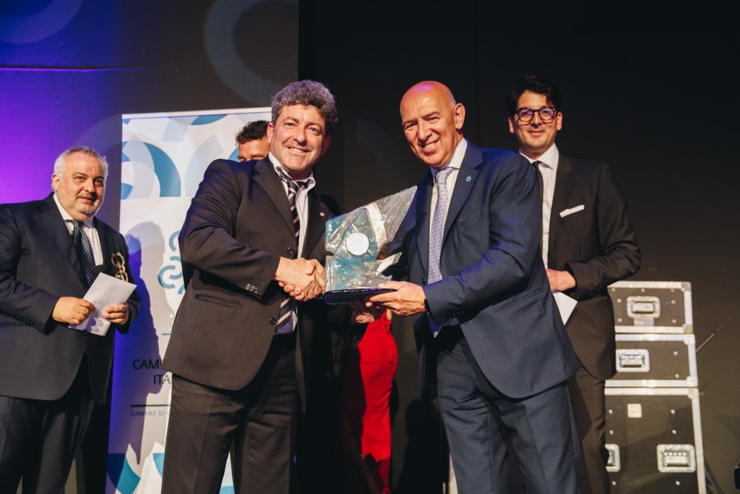