MCE 2014: ONE EVERY 10 VISITORS STEPPED INSIDE THE IMMERGAS SPACE

The Immergas stand was one of the most popular: the 6 metre tall Caius Colossus attracted more than 15,000 professionals. Thousands joined the Caius Club Professional with the special 50th Anniversary club member formula.

Brescello 31th March 2014 - «Immergas will continue to grow, in Italy and abroad». This announcement was made by Alfredo Amadei, Vice President of Immergas, at the end of the 2014 MCE Expocomfort Show.

In its 50th anniversary from the birth of the company (in 1964 in Brescello), the show saw a further increase in the number of members in the Caius Club Professional, which for over ten years has brought together 22,000 Italian installation technicians.

«In the year of our 50th anniversary we offered the opportunity of joining our Caius Club Professional as "Anniversary Members" – adds the Vice President – and the response was very good: thousands of professionals will be able to experience the advantages that Immergas offers by providing every day assistance to companies in a field that in Italy has not seen a recovery yet».

The Immerfin group, which controls Immergas and Immergas Europe in Slovakia, closed 2013 with a positive result, contrary to industry trends: the turnover has increased (€ 226 million) and keeps profitability high, making it possible to support the great investment plans launched to upgrade production units and place new products on the market, in line with European regulations geared to sustainability, efficiency and energy saving. «And in the first few months of 2014 the trend in foreign markets continued to grow» reports Alfredo Amadei.

The balance of the event was positive for Immergas and Immerenergy, the division dedicated to renewable energy, but also for MCE 2014 on the whole: more than 2,000 exhibitors, 43% from abroad, and 156,000 visitors, with a significant growing trend for visits from abroad, which increased by a further 3% compared to the last show. During the exhibition, the Immergas stand was certainly one of the most popular. Over 15,000 visitors accessed the display area marked by the towering Caius Camillus, the centurion who has been escorting the Immergas brand around the world for over thirty years, this time in a "Colossus" version over 6 metre tall.

The stand also presented the new products in the 2014 range: the "50th anniversary boiler" Victrix TT, the new "high power" Victrix Pro range and the innovative hybrid systems "Trio" and "Magis Pro" who together with all of the solutions exhibited (more than 100 products altogether) have received a lot of attention from the public as well as from institutions. During the four days of the event the Immergas stand was visited by Patrizia Toia, Vice President of the Commission for Industry, Research and Energy of the European Parliament and Marco Gonzales Alvarez, Energy Efficiency Officer of the European Commission, accompanied by the President of Anima (Confindustria) Sandro Bonomi and Alberto Montanini, Director of Regulations and Association Relations at Immergas, newly appointed President of Assotermica. During the opening day, meetings were held with Antonio Tajani, Vice President of the European Commission and Giorgio Squinzi, President of Confindustria.

«The Immergas stand was no doubt one of the most photographed ever - commented Ettore Bergamaschi, Immergas Operational Marketing and Communication Director - . The merit goes to Caius Colussus who was captured in thousands of "selfie" shots posted in real time on Twitter and Facebook. Thousands of images were also made on photographic paper in the special set designed to personalise the "VIVA IMMERGAS! 1964-2014" volume, the first of two publications planned for the 50th anniversary, along with many other events that will be announced over the coming months». Also in typical Immergas style was the Happy Hour with Caius Beer, the 50th anniversary beer, as well as the gadgets offered to visitors and the very popular "bar & restaurant" area, which completed the success based on the work of 150 people of the Immergas team, who were present at the stand every day. The next MCE show will take place from 15th to 18th March 2016: Immergas will be there.

«The 5 million boilers sold, our new record achieved in 2013, is only a starting point for our next 50 years» concludes Alfredo Amadei. 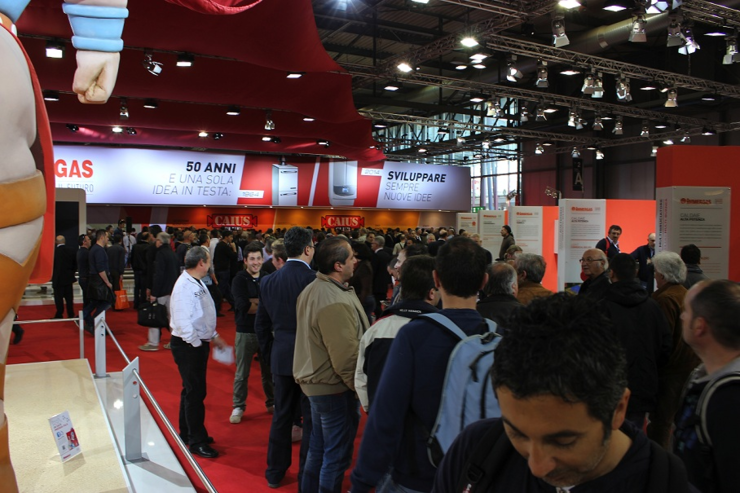 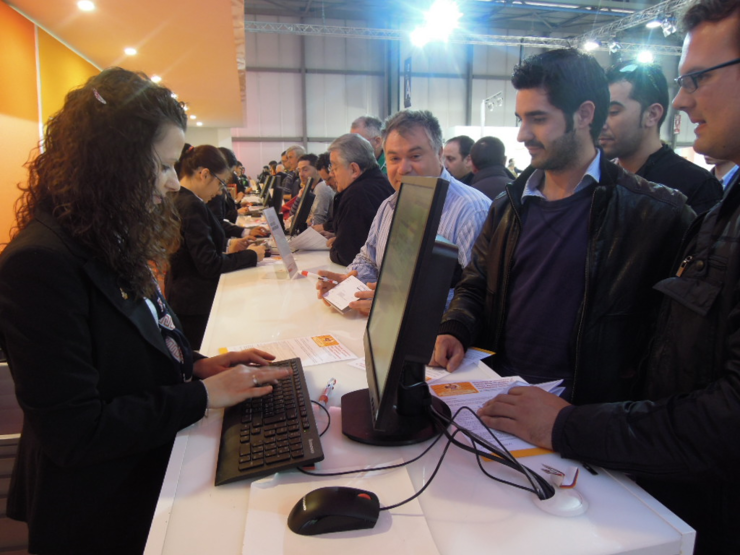 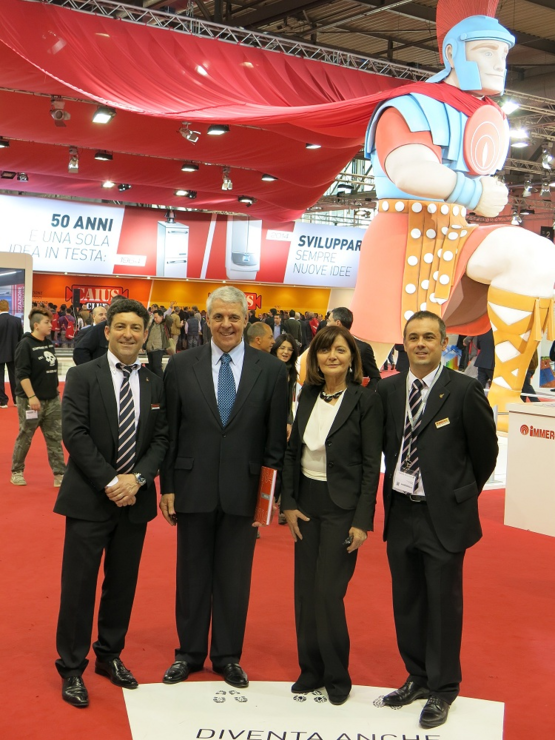